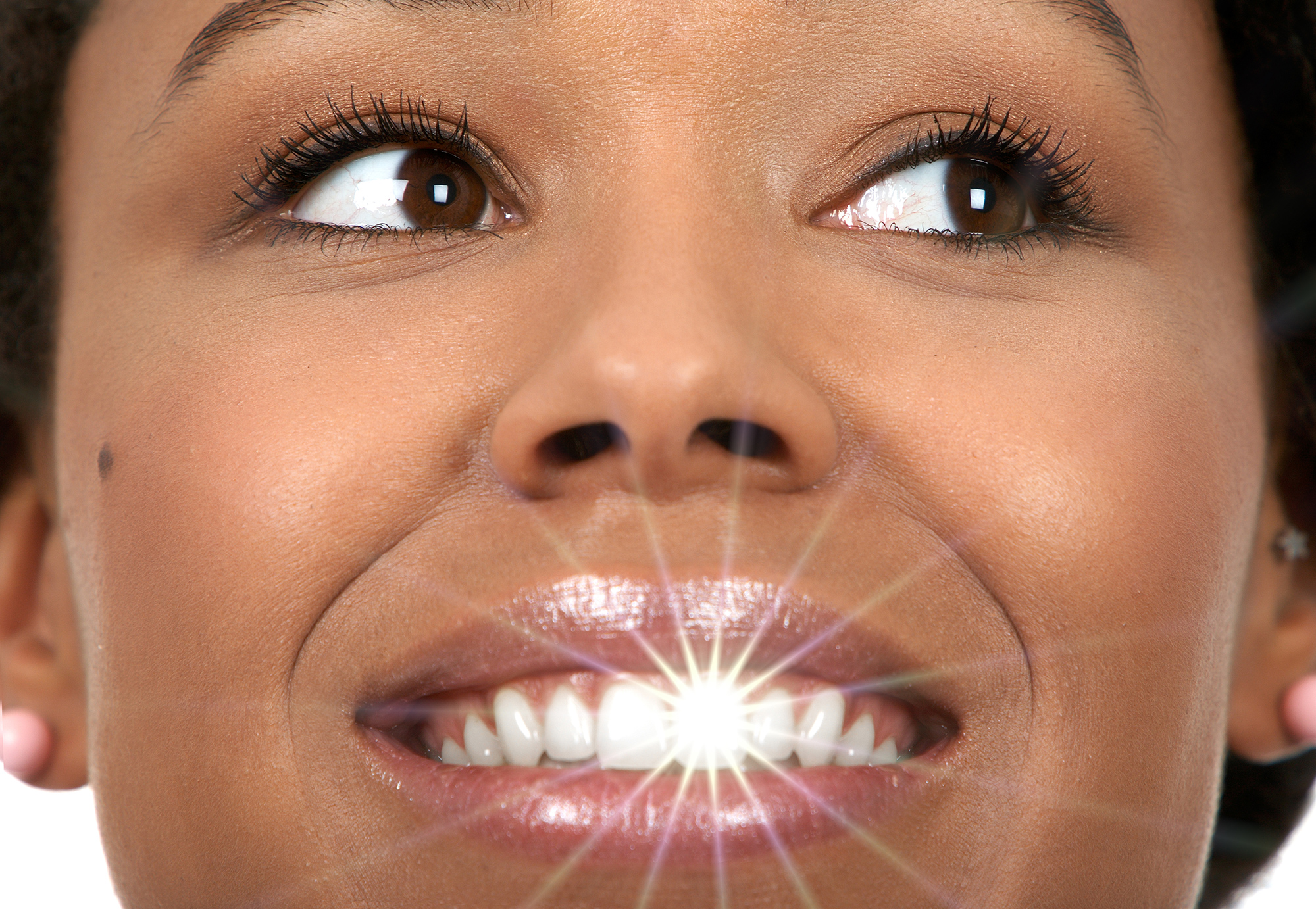 Anyone else getting those teeth whitening ads in their Instagram feed? We hear you.
In a day and age where social media has put even more pressure on everyone to look their celebrity best 24/7 (and to somehow appear as if they permanently exist in a filter) teeth whitening seems to be the latest thing dominating feeds and consumer dollars alike.

But do any of the available treatments actually work? And how much are people willing to fork out in order to attain those pearly whites?

“The first and probably most expensive is in-chair whitening which you have done at the dentist. Some dentists call it laser whitening or Zoom whitening, but basically they are all stronger peroxide gels that are placed on the teeth.

“The dentist will then use some kind of light to activate the gel.”

According to Ho, the advantage of in-chair whitening is the speed — results are pretty much instant — though be prepared to cough up for the privilege.

“It is a quicker way of whitening your teeth. It’s done in one appointment,” Ho said. “The procedure itself is quite long — an hour to an hour and a half — and I’d say the average dentist fee would be $600 to $1000.”

After in-chair whitening is a second dentist procedure, at-home whitening, which Ho refers to as “the more historical way of whitening teeth”.

“It’s done by usingcustom made trays,” Ho explained. “They are customised to fit your mouth, and these trays can actually hold peroxide gel. The patient takes home his or her tray and wears it either every night or every day for two weeks.”

While this method is admittedly slower in terms of achieving results, it’s both effective and friendlier on the wallet (Ho estimates a treatment should set you back anywhere between $300 – $500).

“It’s less concentrated peroxide, which is why it’s done a bit slower,” Ho said. “It’s a very safe way of doing it. I’d say this is the most popular way and it does achieve very good results.”

The third (and cheapest) teeth whitening method comes in the form of over-the-counter products, some of which you’ve probably seen cropping up on your Instagram feed of late.

“One example of a popular over-the-counter gel you can buy is Oral B whitening strips, or Crest whitening strips in America,” Ho said. “You can buy these over the counter in chemists and supermarkets, and basically it’s like a little adhesive you stick onto your teeth with the peroxide gel inside the adhesive.

“As a method, it’s probably not as good because it doesn’t have the customised trays, which means it’s not customised to fit people’s teeth. This can result in only 80 percent of the tooth being whitened, because the strip probably won’t make it to the gum line. Each person’s teeth are very different.”

When it comes to other over-the-counter products, such as toothpastes, Ho said it really depends on which brands you are using.

“There are specific smoker’s ones you can buy from the chemist, which in the past have been a bit abrasive,” he said.

“Depending on the brand of whitening toothpaste you use, you want to make sure you have one that removes stains but not enamel. Enamel is what actually keeps our teeth white in the first place.”

As for any DIY product that comes with a light, Ho says the lights themselves “aren’t really doing anything. They are trying to copy what would happen at a dentist, but it doesn’t work that way”.

“Zoom over-the-counter whitening is another one,” Ho continued. “They look like liquid paper pens you use to ‘colour in’ your teeth. These are more for touch ups, I’d say.

“In fact, all the ones you do at home are probably not a bad idea if you are touching up between treatments.”

Ho estimates most over-the-counter treatments should set you back between $20 – $40.

One of the main side effects associated with teeth whitening is increased tooth sensitivity. According to Ho, about 10 percent of people who undergo a teeth whitening procedure will experience sensitivity, but there’s normally an underlying reason behind it.

For this reason, Ho said it’s important for those considering whitening their teeth to check with their dentist beforehand, though he also notes the effect is temporary.

“Once the whitening treatment stops, the sensitivity should stop too.”

There is also a preconception that teeth whitening can lead to enamel damage. For the most part, Ho says this is incorrect.

“Teeth whitening doesn’t ruin your enamel. Peroxide is basically made from water and urea, which are natural products, and have been shown to be safe.

“As I said before, sometimes abrasive teeth whitening toothpastes can be a problem, but really, people should be fine.”

Caring for your teeth

In terms of keeping your teeth as pearly white as naturally possible, there are a couple of things you should avoid.

“The most common things that stain teeth, which everyone has, are coffee and tea,” Ho said. “There are also other things like smoking, which is a bad one.

“Things you might not know about are curries, berries (such as blueberries or berry drinks) which can also stain your teeth. Red wine, too, causes lots of stains.”

And there is one definitive no-no when it comes to your tooth care which may surprise you.

“Drinking lemon juice and hot water. That’s a major one we see,” Dr Ho said. “It might be good for digestion, but when people make a habit of drinking hot water with lemon juice, we see a lot of acid erosion.

“Hot water and lemon is essentially like pouring hot acid on your teeth. If you really want to have that, drink it with a straw and don’t swish it around your mouth.

“Finally, don’t brush your teeth straight after acid. You will just brush away more of your tooth.”

Long in the tooth